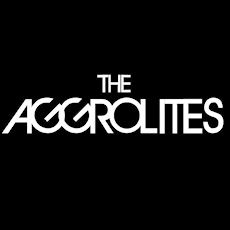 Here is a short interview with the Aggrolites, in anticipation of the upcoming Punk Rock Bowling tournament in Las Vegas, NV that the Aggrolites will be playing at.

The band recently played Europe and will soon play Australia. How’s the tour been going so far?

The touring has been great! We always have a good time in Europe, the crowds are good, we usually play some festivals there, and there seems to be a high level of appreciation for what we do there. There are also a lot of DIY and co-op type venues that are very well organized, which is inspiring. We just got back from Australia and New Zealand, our first trip there, and hopefully the first of many. The people have a great vibe, the place is beautiful, we felt very much at home there.

The band’s latest album is released on Young Cub. What made you guys decided to switch from Hellcat Records?

It wasn’t a switch. Over the years vinyl collectors have been asking the band, “Why don’t you guys release 45’s?” The collaboration with Young Cub came about as a plan to release a series of vinyl 45’s for DJs and collectors of classic reggae, which the band has always wanted to do, and Hellcat doesn’t do vinyl 45’s. The first two 45’s are already released, and we figured that a vinyl only release would be excluding too many people (the “turntabley challenged”), so the result is the Rugged Road collection on CD/digital format in order to make the new music available to everyone.

What are your views on the Reggae scene in the United States as it stands today?

Overall it has been a great experience to be a part of that scene, and an honor to participate in some of these festivals with classic Jamaican artists whose music we love so much. The band and its various members in different combos have backed Derrick Morgan, Phyllis Dillon, Prince Buster, Alton Ellis, Pat Kelly of The Techniques, etc., so we’ve had the opportunity to be a part of making music with some of the classic artists that inspired us in the first place. In relation to punk rock, these are some of the same artists that were being listened to and inspiring punk bands in 70’s, just put on any album by bands like The Clash and Stiff Little Fingers. There are many styles of reggae, so if you put it under the microscope there may be various “scenes”. For instance, there’s a much better chance of catching us on tour with a punk rock band than a band that plays ultra modern synthesizer driven reggae. There seems to be bands sprouting up with a style based on the old school sound, which is what we love, so in that respect you could say the scene is growing, not just in the US, but around the world. In Los Angeles there is a number of bands and pool of musicians who play the old school style beautifully. I consider what we do roots based music, and we have that in common with bands no matter what the style is. For example, recently we were on tour with Social Distortion and Chuck Ragan. Looking at that lineup from the outside might look a little strange to some, but we quickly realized that it was the heart and drive of the music, and a deep respect each band has for their musical roots that is a common thread and that people can feel and relate to that.

What made the band agree to play Punk Rock Bowling?

It was really a no brainer, we didn’t find it strange to be invited. The band has always played for a punk rock audience, and reggae has been a part of punk rock since it started. Punk Rock Bowling is something people really look forward to (but probably can’t remember afterward!), and this festival brings some of the most legendary bands together in one weekend, so it’s great to be a part of that.

Since you guys are performing on the first night, are you going to stick around for the rest of the festival or head out early?

It’s too good to leave! Stiff Little Fingers still sound as good as they do on their classic records, and the late night club shows have other legends like The Skatalites, Fishbone, The Undertones, and great contemporary groups like our friends The Street Dogs, Swingin’ Utters, See Spot, just to name a few. Our singer Jesse Wagner is doing a set at The Skatalites show, and I may join him on bass, so we’ll be around.

Aggrolites is the only band on the Punk Rock Bowling bill that’s classified under Reggae. How does that feel?

It’s cool to be representing the style, but it’s a very natural mix, again the band always played with punk bands and reggae was part of what made up original punk. Also as mentioned the late night club shows have the Jamaican ska originators that made the music that eventually evolved into reggae, The Skatalites, and other ska and reggae influenced artists like Fishbone, one of the best live bands in the world, and guys who play ska and reggae in the traditional style like See Spot.

A funky good time! We love to get the dance floor going, there’s nothing better than seeing a room full of people moving and hearing everybody singing along as loud as they can.

Visit the Aggrolites homepage at: www.aggroreggae.com/